Aloha Cafe: A Taste of the Islands in Little Tokyo Shockingly, the Spam musubi was not the star of the show

Earlier this year I visited Hawaii for the first time as an adult. Had I known that Honolulu was a naughty Asian-esque food wonderland sooner, I would have been there years ago.

Here’s where I might lose some of you pastier readers. If you ask any Asian person what their #1 culinary treat is, 99% of the time, that treat would be Spam–in all its processed, sodium-rich glory. In my own family, the holidays means karaoke and Spam sliders made with Hawaiian sweet bread. Eyes literally twinkle the moment we hear this revered remnant of WWII is on the menu alongside adobo, hot pot and char sui. 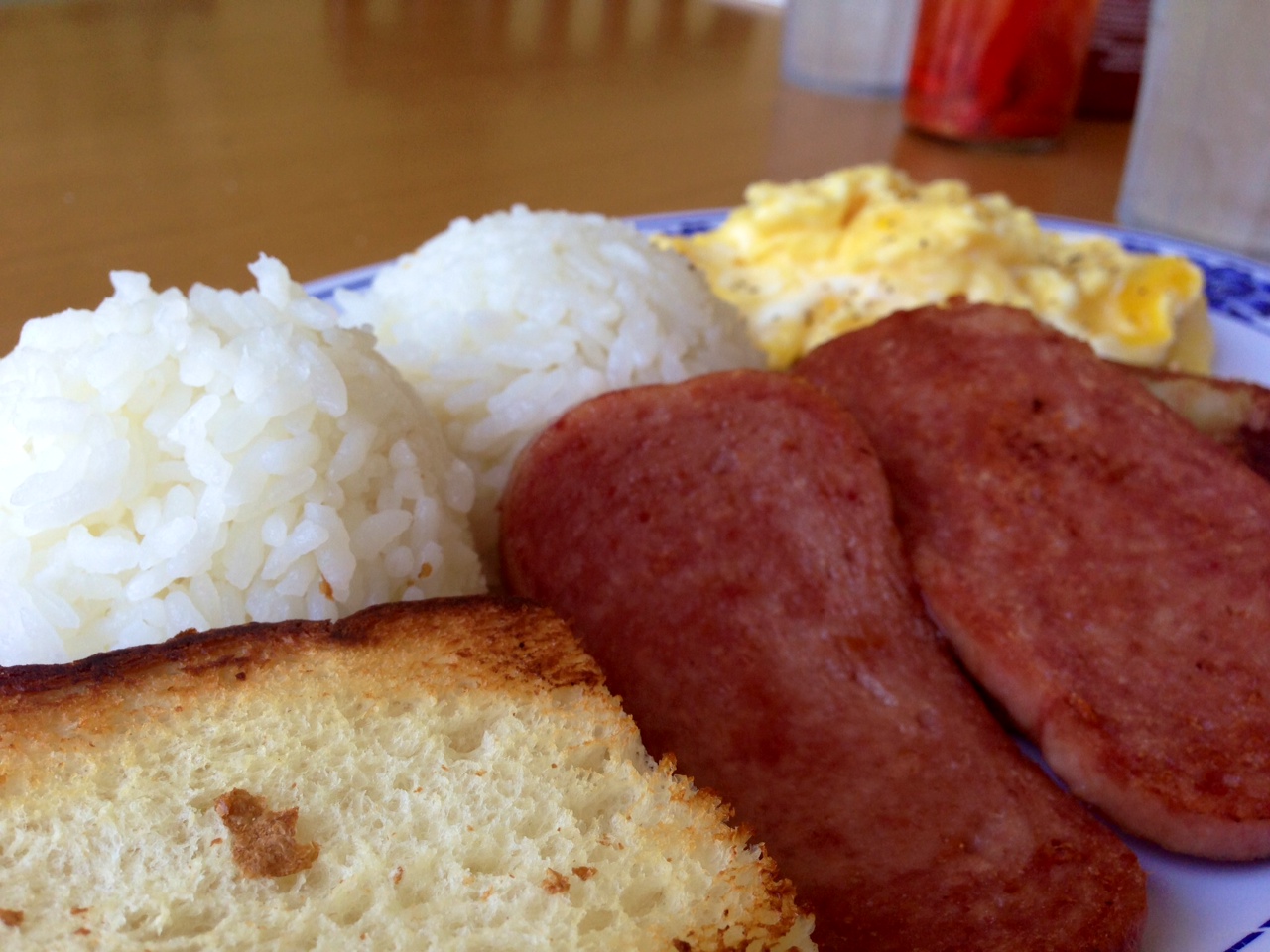 Imagine my delight when on day 1, I awoke to a breakfast option of Spam with white rice and eggs–a staple that was found nearly everywhere! Since returning, I’ve searched endlessly for a taste the islands until I stumbled on Aloha Cafe in Little Tokyo.

Tucked in the same strip mall that houses Japanese powerhouse Sushi Gen, Aloha Cafe is a peddler of scrumptious Hawaiian delights. Offering both high-brow and low-brow goodies (Spam), Aloha showcases the wide spectrum of Hawaiian cuisine with flavors from Korea, China, Japan, the Philippines and Polynesia. 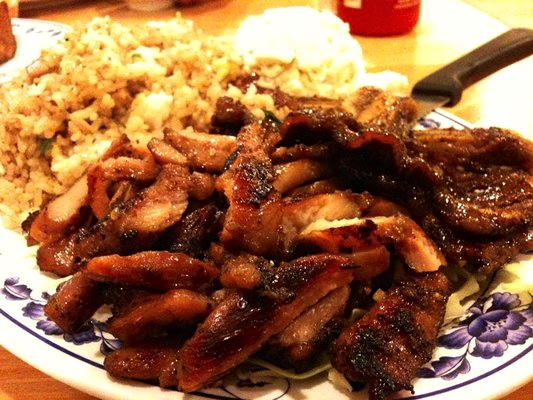 Now here’s the kicker. As much as I love Spam, dishes like musubi and the Aloha Breakfast (Spam, white rice, egg & Hawaiian Sweet Bread) were not the stars of the show. I’m not saying I didn’t inhale those, I’m just saying there was something shockingly tastier.

Chicken. Was there ever a word in the English culinary language blander than that? These guys serve up a plate called Kal-B Chicken that I could eat EVERY. DAY. Freshly grilled, this chicken comes piled high with moist, slightly crispy and delightfully decadent morsels of Korean-infused goodness with a crispy-squishy texture that’s absolutely addicting–so much so that we got 2 orders to-go. Mahalo Aloha Cafe for ruining chicken everywhere else. 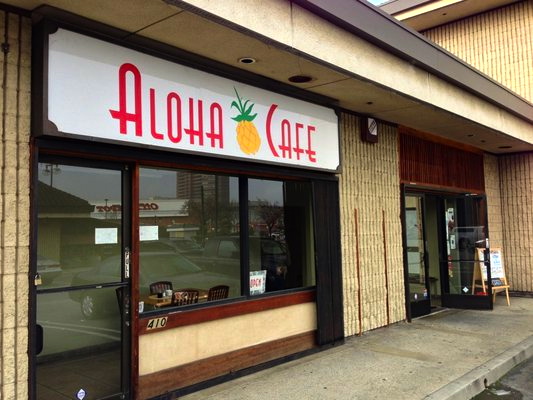 P.S. I didn’t notice until after that there was a beef version of the Kal-B chicken. On the menu it reads, “if you LOVE the beef, this is the chicken version.” Which left me literally dumbfounded. How could this glorious chicken dish be slighted as an afterthought or sidekick? Does this mean the beef version is THAT much better? I haven’t ordered the Kal-B Beef yet for fear that the experience would be so otherworldly, I wouldn’t be satisfied by another dish ever again.

Leave a reply on "Aloha Cafe: A Taste of the Islands in Little Tokyo"