Location: East of the L.A. River, Atwater is technically a part of a Northeast L.A. The only reason it’s not is because it looks and feels more like an extension of Los Feliz and Silver Lake.

Quickly becoming one of the most sought after neighborhoods on the Eastside, Atwater has seen home prices rise consistently year after year. Restored vintage homes line many of the premier streets like Glenfeliz, Glenhurst, Edenhurst and Larga with prices from $550k-750k. 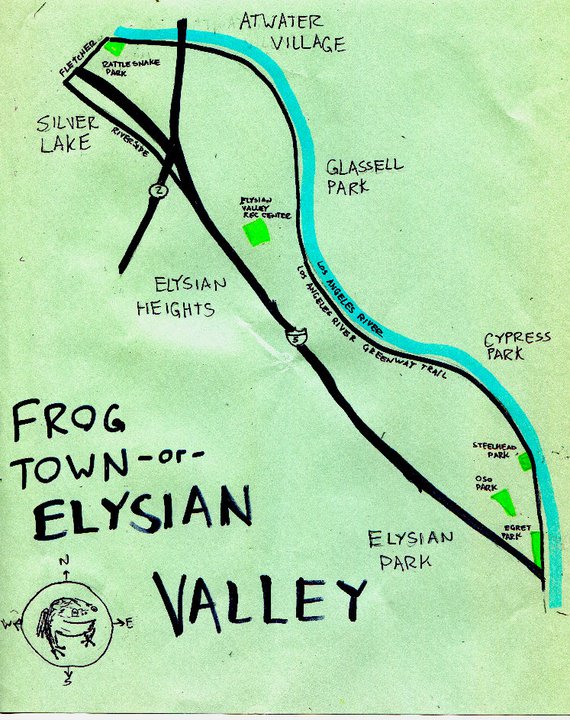 With prices skyrocketing in Atwater, many buyers have started venturing directly south to Frogtown, aka Elysian Valley, a once industrial hub and now home to many artists and galleries.

Next to the L.A. River, it was nicknamed “Frogtown” in the 1930s after a toad explosion (not frogs) invaded the neighborhood and covered the streets and lawns. It happened again in the ’60s and ’70s before getting flood controlled.

While this neighborhood resembles an abandoned industrial town at times, if you believe the hype, its the hot new place to be with a lush natural landscape and booming art scene. Sitting below Atwater Village and closer to Silver Lake than any other neighborhood at a fraction of the cost, I’d concur.