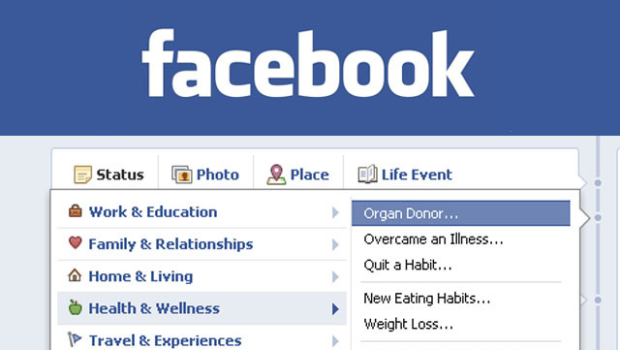 Harnessing the power of its 1 billion users, starting today, Facebook users can become organ donors. There are nearly 114,000 Americans in need of organ donation with 18 people dying a day just from waiting.

Important: Prospective donors will then be taken to their state’s registry where you’ll have to sign up to make it official.

How Angelenos can help: According to the U.S. Census, the Los Angeles area has a population of nearly 10 million. Nearly 7 million are on Facebook. If just a teeny, tiny fraction of you officially register, Angelenos can single-handedly satisfy that waitlist and possibly, land Time Magazine’s People of the Year issue! Sounds like a great challenge. If you agree, don’t forget to “Like,” and share the word.

0shares
Tags: Do Something, Locals