Delectable chicken tamale with chile rojo, but the pork's the winner

California Fiesta Tamales (5/5) What started out as a very reluctant $2.45 single tamale purchase, ended up as a $26.31 feast in what is perhaps the finest mall food experience of my life–and one of the most surprising Mexican food finds in recent memory.

Located inside the Burbank Town Center, between the Orange Julius and Cinnabon outlets in the 3rd floor food court, California Fiesta Tamales House opened about 4 weeks ago in what appears to be a now defunct Johnny Rockets. 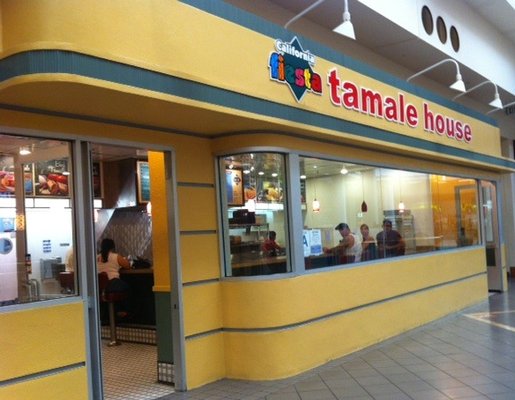 Don't judge a book by its Johnny Rockets cover, they make street-quality tamales

There was not one cell in my body that wanted to try this place and I wouldn’t have had it not been for my beloved who knows that I’m a sucker for tamales, albeit the MacArthur Park, out-of-a-shopping-cart variety that sells for $1 in Downtown. Though I’m finicky about tamales, I’m even more finicky about Mexican food. Needless to say, I scoffed at the “100% Handmade Tamales” sign when we walked in. Minutes later, I was eating my words because Tamale House totally let me have it.

I ordered the pork tamale “to try” and it was breathtaking. The masa was exceptionally moist, flavorful and surprisingly, not oily. The pork with red sauce filling was delicious, meaty and gristle-free. For $2.45, it was a steal because you can sit in a booth or at the counter and not have to eat out of a paper plate on a questionable sidewalk.

After my first bite, which literally blew my mind, we ordered a carne asada taco, again, “to try,” that I swear was among the best I’ve had in LA. That was followed by a #3 for $7.99 which includes a tamale and two tacos of your choice, rice and beans. 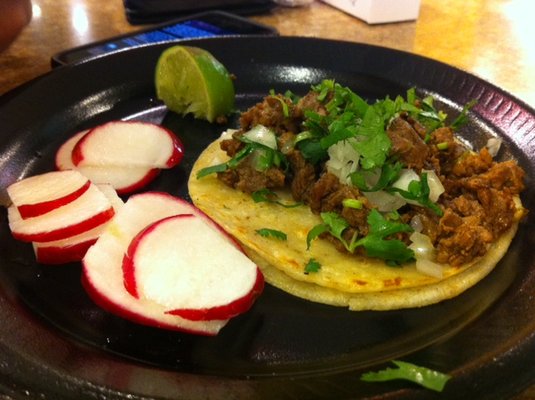 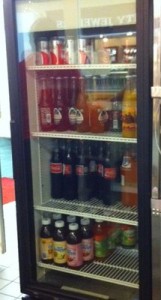 That's bottled Orange Bang in there!

I can’t emphasize how otherworldly this experience was. We ordered the pastor (amazing, crispy, fresh and flavorful), another asada taco to make sure it wasn’t a fluke and a chicken tamale (good, but the pork is the winner). Now here’s the big shocker: the rice. If they told me there was an elderly Senora in the back lovingly making this Mexican rice, I would have believed it. It is by a far, one of the best I’ve had at any restaurant in LA.

As if Tamale House wasn’t fabulous enough, we discovered that Orange Bang is sold here–in a bottle! They also offer chocolate tamales for dessert — a squishy, masa-y tamale that oozes a Mexican chocolate sauce in the middle. I will never judge a mall book by it’s cover ever again. GO GO GO!!!